BCFA’s International Project Manager Sue Graves, alongside Leila Al-Kazwini from the Department of International Trade, visited Iran during February on a mission to scope the Design and Interiors Market. A report was put together following the trip... 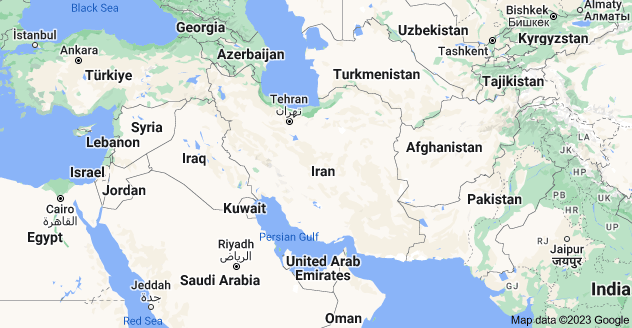 Persia, as Iran was known before 1935, was one of the greatest empires of the ancient world, and the country has long maintained a distinct cultural identity within the Islamic world by retaining its own language and adhering to the Shia interpretation of Islam.

Iran became an Islamic republic in 1979, when the monarchy was overthrown, and clerics assumed political control under the supreme leader Ayatollah Khomeini.

The Supreme Leader - the highest power in the land - appoints the heads of the judiciary, military and media. He also confirms the election of the president. Ayatollah Ali Khamenei was appointed for life in June 1989, succeeding Ayatollah Khomeini, the founder of the Islamic republic. He previously served two consecutive terms as president in the 1980s. Iran has been led by a highly conservative clerical elite since the revolution in 1979.

Hassan Rouhani won a resounding re-election victory in May 2017 as voters overwhelmingly backed his efforts to reach out to the world and rebuild the struggling economy. Rouhani, who is regarded as a moderate, reformist figure, spearheaded a 2015 nuclear deal with world powers.

On 16 January 2016, Iran received extensive economic and financial sanctions relief following confirmation from the International Atomic Energy Agency (IAEA) that Iran had met its obligations under the nuclear deal agreed on 14 July 2015, meaning the country is now able to trade more freely globally.

The UK government supports expanding a trade relationship with Iran and encourages UK businesses to take advantage of the commercial opportunities arising from the lifting of sanctions. The Department for International Trade (DIT) – based both in the UK and in the British Embassy in Tehran – is on hand to support trade and investment between the two countries.

There is a positive outlook for UK-Iran trade relations. Iran is the biggest new market to enter the global economy in over a decade, offering significant opportunities in most sectors, with potential to grow as the market in Iran expands.

Iran’s significant oil and gas reserves will be an important driver of economic growth. Other sectors in this diversified economy with the potential to contribute to the country’s Gross Domestic Product (GDP) growth and employment and where UK business has particular strengths, include: infrastructure, healthcare, retail, airports and aviation, mining and water.

The Iranian government is keen to attract foreign investment and technology transfer across all sectors.

Benefits of trading in Iran for UK businesses include: attractive projected growth prospects and the

Strengths of the Iranian market include:

EU trade with Iran in 2016 stands at around USD 8 billion and is expected to quadruple by 2018.

MEETING NOTES FROM A PROGRAMME OF VISITS ARRANGED BY THE BRITISH EMBASSY, TEHRAN

At the Chamber also met member:

CEO & Member of the Board, Dr. S Tabesh, NIKAN Hospital

*Joint Comprehensive Plan of Action:  the agreement reached by the P5+1 (China, France, Germany, Russia, the United Kingdom, and the United States), the European Union (EU), and Iran to ensure that Iran’s nuclear program will be exclusively peaceful.

BCFA Iran Workshop- SAVE THE DATE

The BCFA is organizing a seminar in Clerkenwell, London on Tuesday 10th July to discuss potential opportunities in Iran and a future trade mission for market ready companies to Tehran in January 2019. If you are interested in attending the workshop, more information will be coming soon.

For more information on the Iranian Market, contact sue@thebcfa.com